This past week William and a few of his schoolmates, under the guidance of their goach, Mrs. Kath, competed in the regional lego robotics competition. 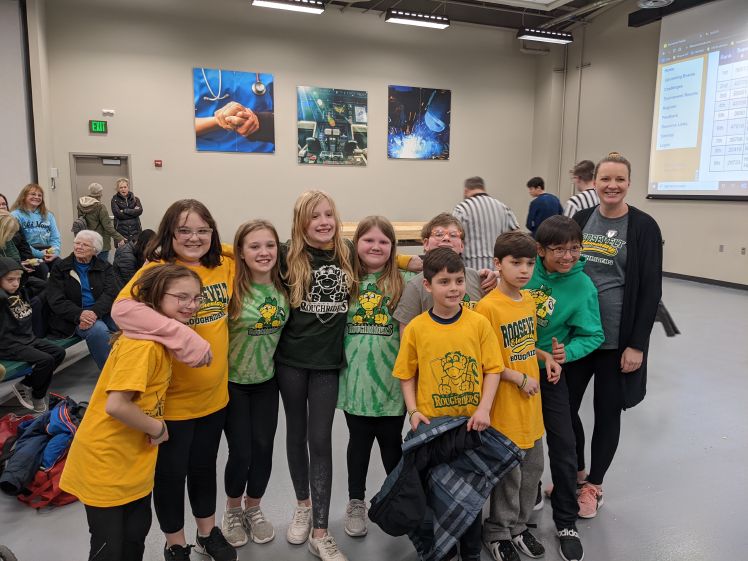 Their team did really well on the run through part of the event. I was really proud of our team and how they made sure everyone on the team had a piece

The way the competition works is they have a set of 16 missions they can choose from to have their robot complete in 2 1/2 minutes. Depending on how well they execute the tasks they get points. Each task requires a button to be pushed on the robot to initiate the code they wrote for it. Only two team members are allowed in front of the line. Our team did a great job rotating out. Each kid had a task and they did a great job executing those tasks. 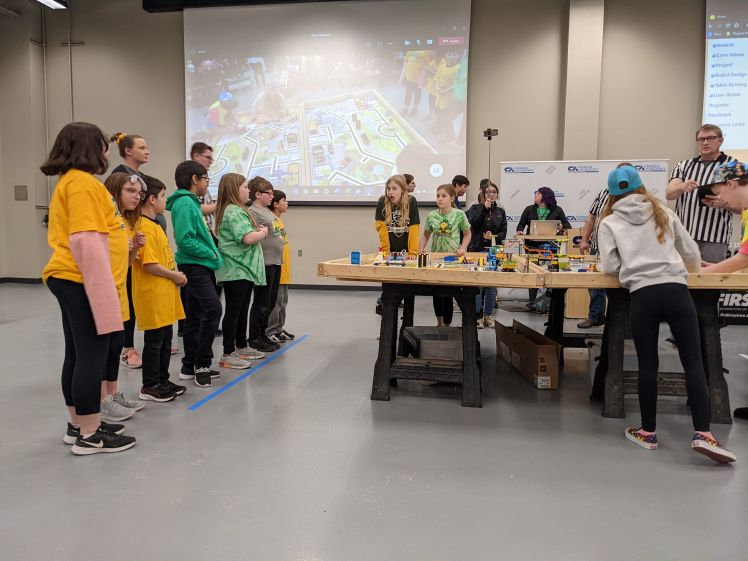 However, the final score (and their ability to go to state) is determined by more than just their run through. They also had a presentation about their robot design and an innovation piece about solving a problem they see in transportation. They didn't make it to state this year, but William is already making places to do it next year.